Today is our second day in Rome. Yesterday we spent just getting our bearings, buying bus tickets, eating pizza for lunch and pasta for dinner, and sleeping. We had insomnia last night from jet lag, but the sunshine, exercise, and a bit of black tea is keeping us going so far.

We learned today that Italians do breakfast a lot differently than we are used to in the US. Instead of the large, hearty breakfast I am used to like an egg and cheese burrito or hard-boiled eggs with oatmeal and fruit, they will have a croissant and coffee at a cafe (called a bar in Italy), and other restaurants won't even be open until lunch. We found this out the hard way today. Our tour at the Colosseum was during lunch, so we would need to walk around all day on a carb-filled croissant breakfast. Lesson learned: don't book sightseeing during lunch if you're not going to cook breakfast at the apartment.

Today we visited the Colosseum, Roman Forum, and Palatine Hill. We walked to the Quattro Venti train station about ten minutes by foot from our AirBnB and took the train and then metro to arrive at the Colosseum. When transferring from the train to the metro, I had to use a bit of the Italian I had learned before the trip to ask for help figuring out which metro was going in the right direction. I was quite pleased to have understood enough to not get lost and miss our tour!

I had previously purchased a 45 minute official tour to get us past the long lines and get a bit of extra information about the Colosseum. There was a bit of a crowd, but it wasn't too bad. We could move around fairly easily once we got away from the group after the tour ended.

The Colosseum is an impressive structure today, but back in its glory days it was even grander and more beautiful. The entire structure used to be covered in white marble, and the tall side existed all the way around. 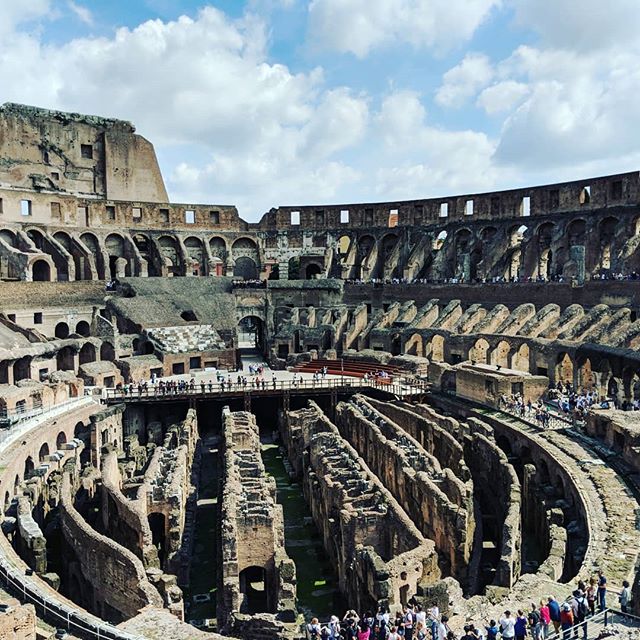 After we left the Colosseum, we briefly visited the Arch of Constantine before we went to the Roman Forum and Palatine Hill. They are included in the Colosseum ticket, and though the line to get in from the Colosseum side looked long, it moved pretty quicky since it was just a simple security line.

Once inside we found a bench under some shade and one of the old water fountains you can find around Rome where the water was cold and delicious on this hot day. I had worn a halter top and though I ended up getting a little sunburned, I was glad to have worn it given the heat. I also wore a pair of comfortable flip flops, but by the end of the day of walking, my feet were threatening blisters so I had to switch them out for running shoes for the rest of the trip. 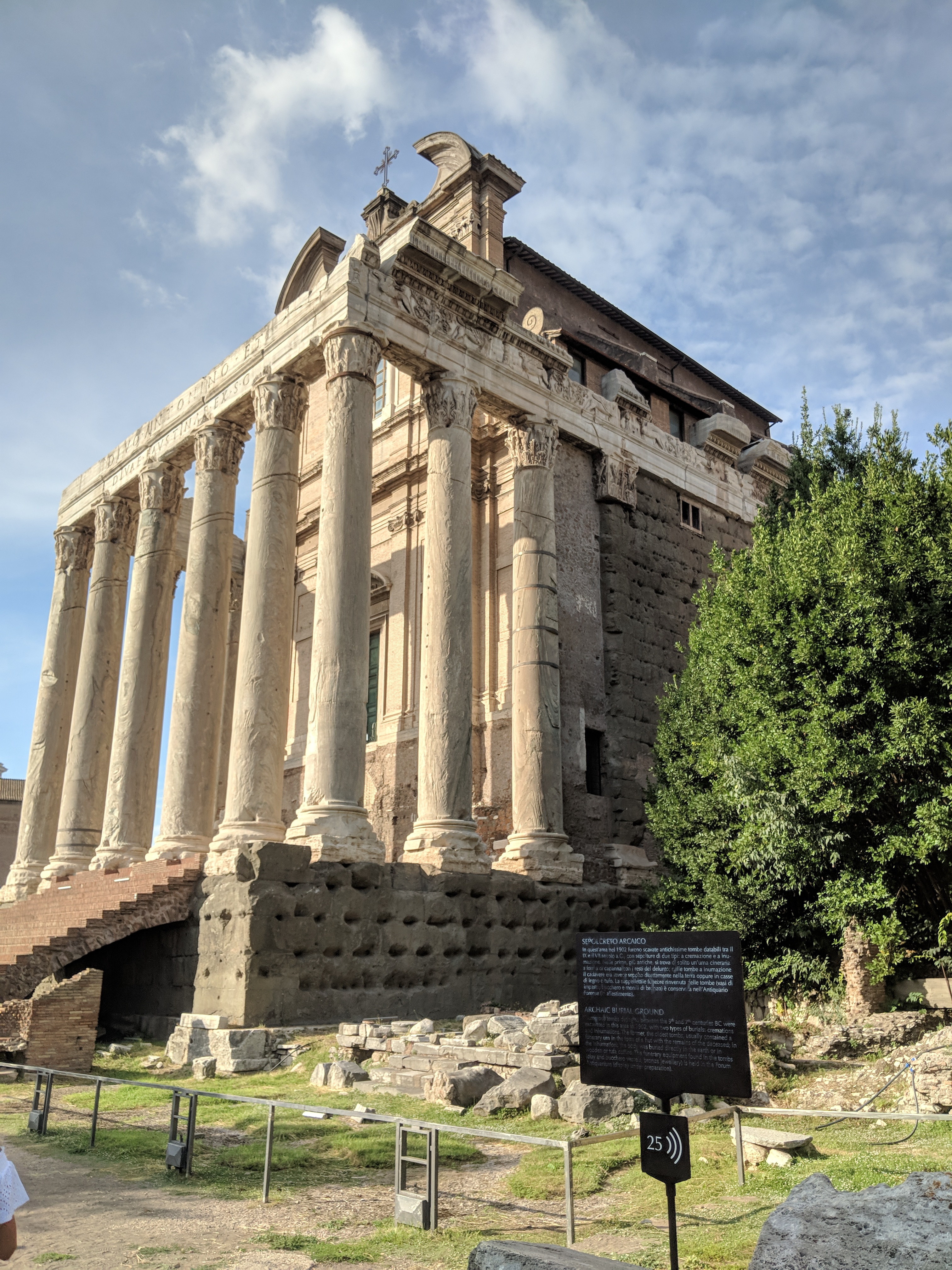 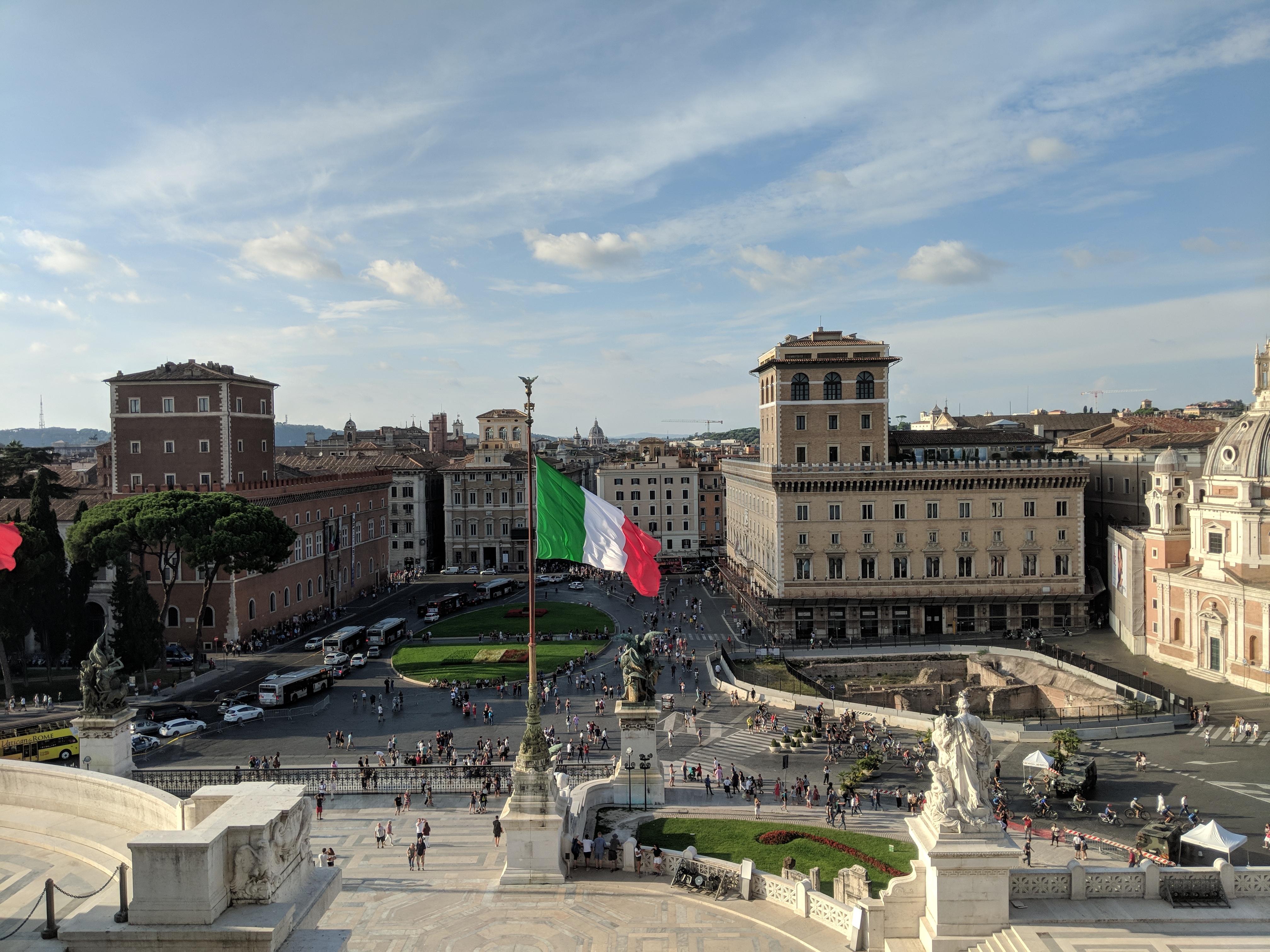 It was a lovely walk. We found a beautiful basilica, and the Altar of the Fatherhood memorial with its tomb for the Unknown Soldier. Once inside, we got a wonderful view of the city and Piazza Venezia. We then headed back by crowded bus before it got dark. 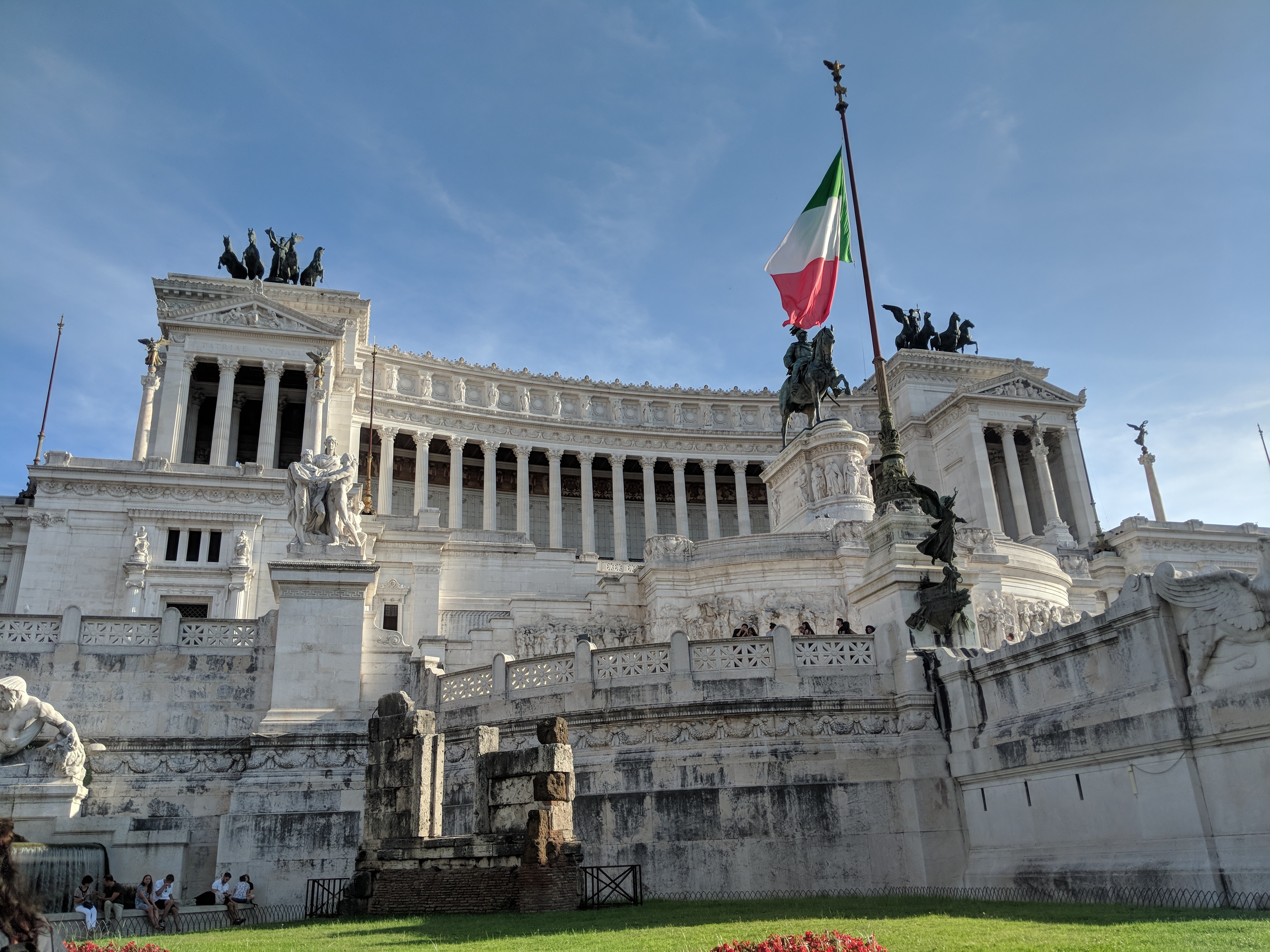 We returned to the AirBnB and got cleaned up before heading out for dinner a couple of minutes away by foot. The food was wonderful as usual, the portions generous, and the prosecco quite to my liking.

I'd love to hear from you, let me know your thoughts!